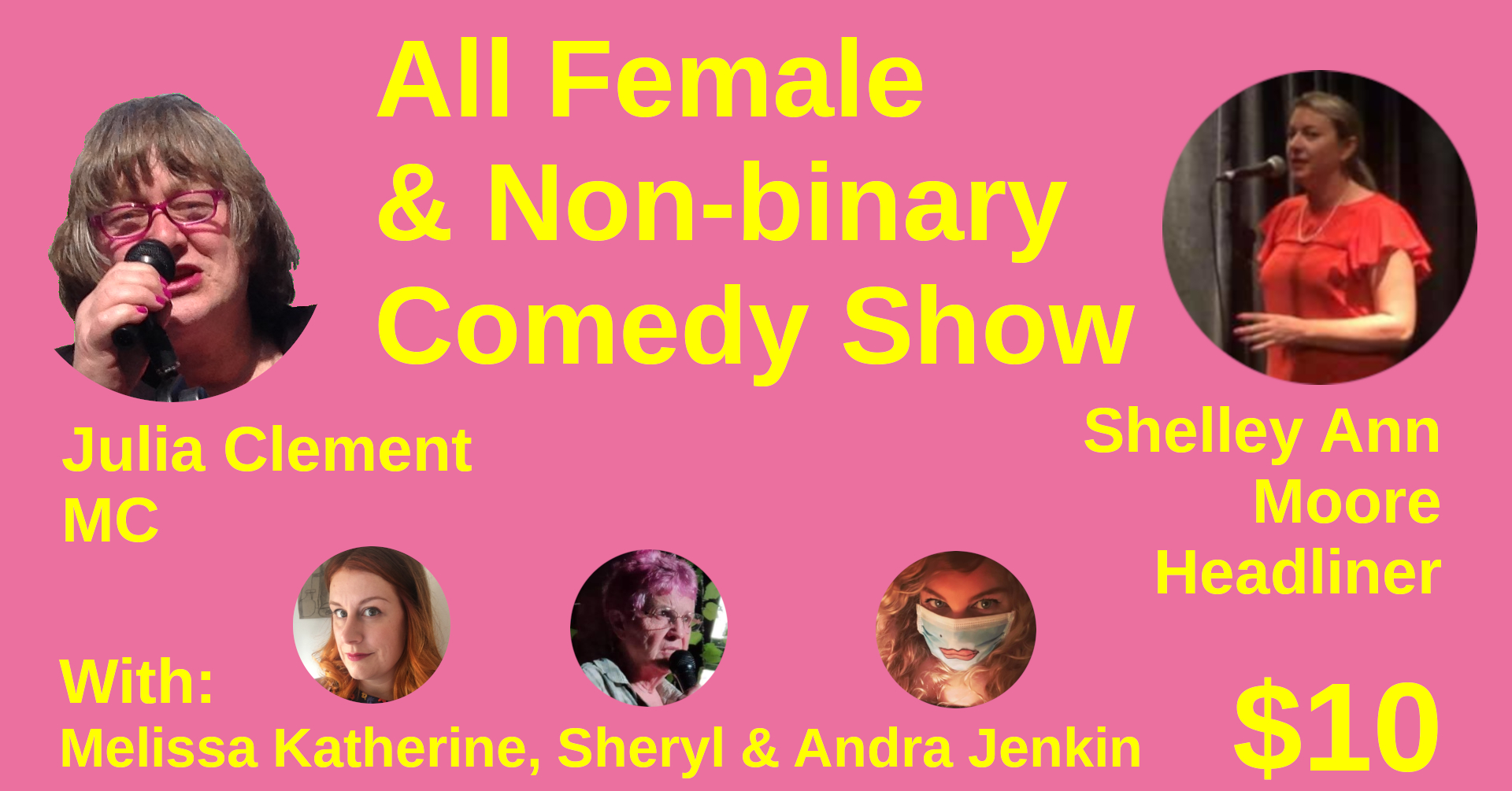 Stand-up comedy show where our acts are all either female identifying or non-binary (NB).
Come along and laugh at comedy from a succession of funny women & non-binary performers telling jokes from a woman’s (or NB) perspective.
Cast:

Your MC: Julia Clement who chose to be a computer programmer, chooses to be a comedian and just happens to be transgender. Julia has been performing solidly for 6 years and is the only person to have been in the Raw comedy semi-finals under two names and two genders. She’s performed on the main stage at Big Gay Out and like to tell jokes about the sexuality of fungi, how the moa got it’s scientific name, and why your computer hates you.

Headliner: Shelley Ann Moore who describes herself as neurotic and gritty with hard hitting punch lines.

With
If you want more, stay for the open mic we have afterwards from 8:30 until at least 9 PM