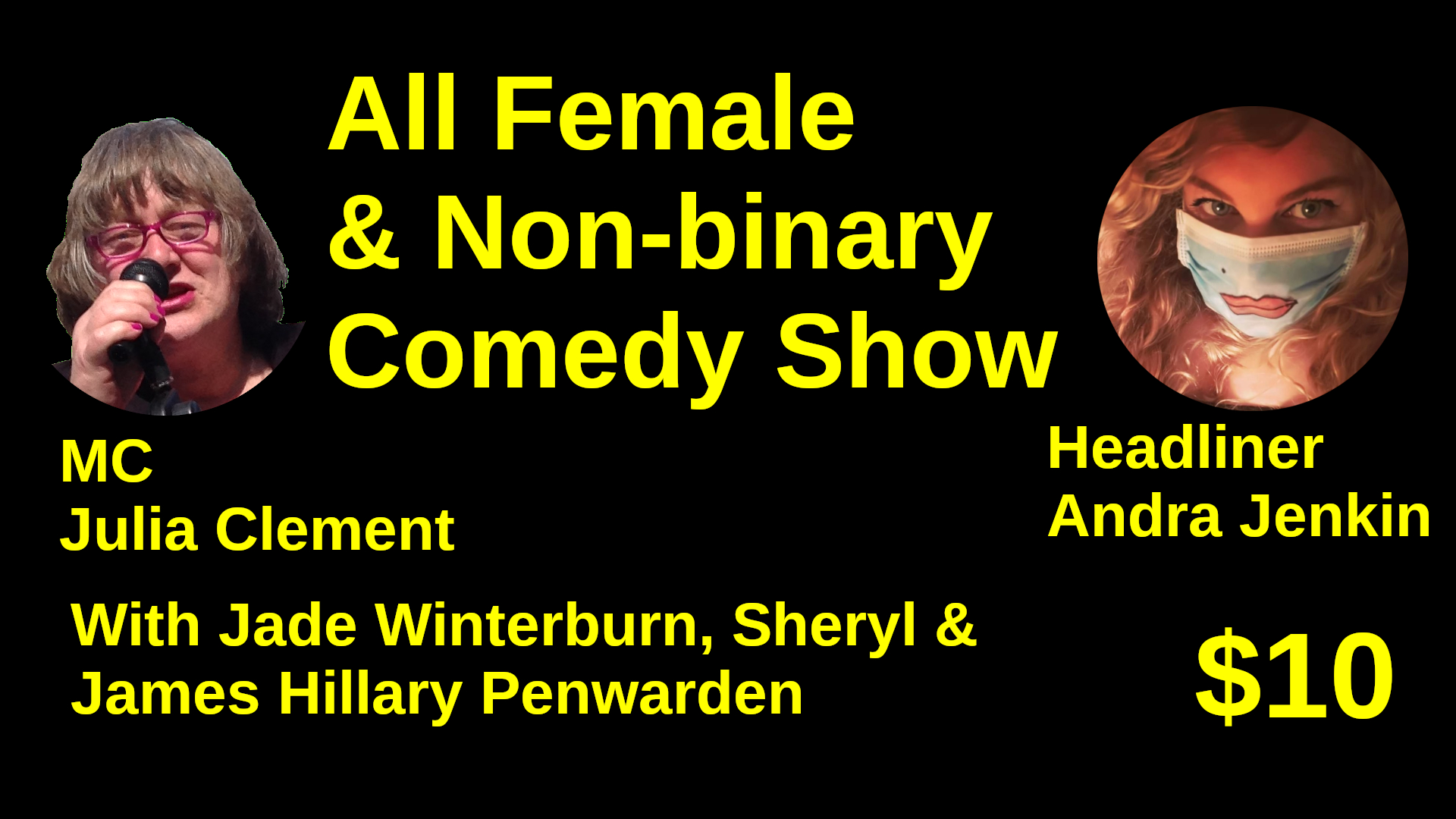 Stand-up comedy show where our acts are all either female identifying or non-binary (NB).
Come along and laugh at comedy from a succession of funny women & non-binary performers telling jokes from a woman’s (or NB) perspective.
Your MC: Julia Clement who chose to be a computer programmer, chooses to be a comedian and just happens to be transgender. Julia has been performing solidly for 6 years and is the only person to have been in the Raw comedy semi-finals under two names and two genders. She’s performed on the main stage at Big Gay Out and like to tell jokes about the sexuality of fungi, how the moa got it’s scientific name, and why your computer hates you.
Headliner: Andra Jenkin: Writer and stand-up comedian who has performed in venues all over Auckland and at the Hamilton Fringe where she won the people’s choice award for comedy. She contributed to the third book, Afterliff, in the Douglas Adams Liff trilogy.
With Jade Winterburn who takes to comedy with all the prowess of a drama school dropout, except she didn’t even go to drama school. She’s proud of her top-shelf toilet humour, her bargain-bin political takes, and how she sticks to the rule of threes even when she can’t think of a third thing.
James Hillary Penwarden Coming out from the shadows of the weird kids’ corner, James Hilary Penwarden is dragging their trendy identity crisis to the stand-up stage. Penwarden lost their gender, found some new pronouns, and now they’re milking their hot new identity for all it’s worth. New to the scene, Penwarden is here to raise the flag for stand-up comedy that’s down with the patriarchy and here for the theytriarchy. Penwarden has recently received acclaim for their award winning debut comedy special THEM FATALE at the NZ Fringe Festival.
Sheryl has recently taken a vow of silence. Luckily it only applies to supplying performer biographies and not to her stage performance.
If you want more, stay for the open mic we have afterwards from 8:30 until at least 9 PM